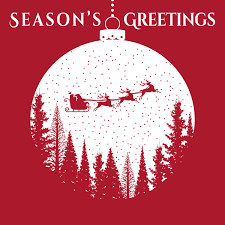 Despite Covid situation all around the world, i wish all of you a Merry Christmas and healthy 2022.

After many years of owning a Yaesu FT-2000 a new transceiver arrived at my shack.

Mine is in very good shape and i’m looking forward to make radio contacts on the hf bands with this new toy.

Within a week Val of Acom send me the ribbon cable.

I soldered the connector of the cable on the new display and also connect both anode and kathode wires to the little swtich board. 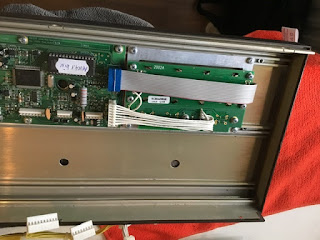 This is the result, bracket, new display and new ribbon cable with blue connector.
Now put everything back in reverse order (or you may clean the inside of the amp before close its cover)
Time to switch on some power and.... 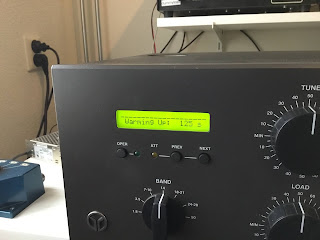 Looks great! Simple to replace a broken display on your Acom!

Several years ago i bought my Acom 1000 from a local ham.

The only flaw was the display; some light bulbs failed but that was no show stopper for operate.

Because i planned to fix this issue i ordered a new display direct at the Icom factory.

These are no common displays also no common price!

For some reason the new display arrived directly on the shelf for some years....

But okay now in this Covid period i decided to fix the job.

First a safety warning : DUE TO HIGH VOLTAGES IN SUCH AN AMP, ASSURE THAT YOU WORK SAFE!!!

So convince yourself that the amplifier is safe to work on. 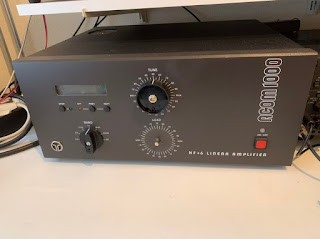 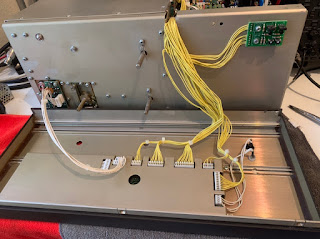 So now the first part is done. Remove the connectors from the frontpannel, note that 2 identical connectors  exist so mark them before pulling them out.
Now unscrew the protection cover. 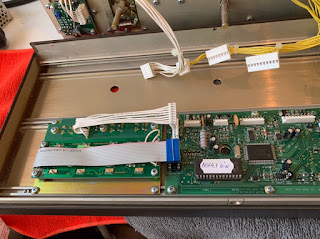