The TS-940Sat was Kenwoods former "flagship" from the eighties.
Early versions of this hf transceiver got some issues with bad solder joints and bad connectors.
Also the pll has a notorious status.
This unit has a high serial number and lacks all this issues.
Due to her age the battery from the sub display has to be replaced. Easy to check when the sub display is malfunction.
To replace this battery just remove both covers and loose both srews from frontpannel so it can be bend forwards. Behind the subdisplay one can see the battery.  A CR2032 battery is perfect as replacement. 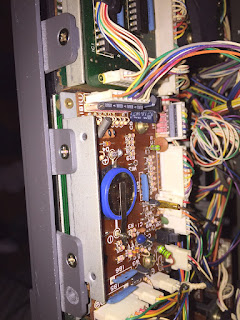 New battery soldered on sub display board.
Note: to avoid damage on connectors, do not remove this board. 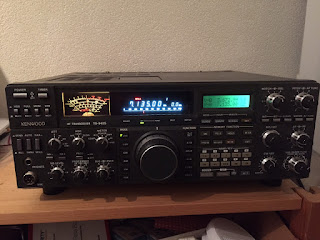 New bulbs for the S meter and a working sub display.

Some years ago i aquired an Icom IC-730 from an estate.
This transceiver came with original manual, serv. manual and invoice included.
It had 2 major issues; no rf power and on-off switch was not working.
An evening measuring on the final boards with Theo PA0KN concluded defective driver stage.
Other challenge is to find a spare on-off button.
I ordered 2 new 2SC1945 and a 2SC1971 at a French Ebay seller, this to be sure i would receive no fake parts.....
For several reasons the transceiver was put on the shelf and ten months later the new parts where put in the final stage of the IC-730.
Unfortunately still no rf power....strange because all transistors measured okay...
We removed the new 1945 transistors and test them with a component tester....bingo... they where fake! Counterfeits with another pin layout. Also the 2SC1971 was fake...
Ofcourse i contacted ebay seller BIANCAS66. He told me that i was the only customer who encountered problems and that his parts where real... Sure! I asked him to solve this issue but he refused. So stay away from this French cheater!!!
I was able to buy some new 2SC1945 here in the Netherlands for a fair price. These where real and after putting them in, the IC-730 came to live with 100 watts of power.

The only thing to do was to replace the power button.
A couple of months ago i found one on a dutch selling site for a very low price.
Paid and got it the other day. Looked and worked okay, time to replace the broken one. 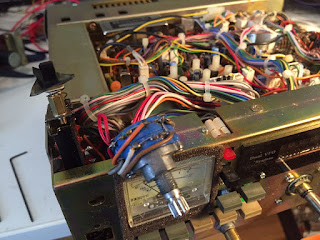 It's a lot of work to get access to this knob. But when you remove the frontpannel and loose the screws off the frame you can remove the mode switch and unmount the power switch. Take the new switch, fix it with the 2 screws and mount all back in reverse order. 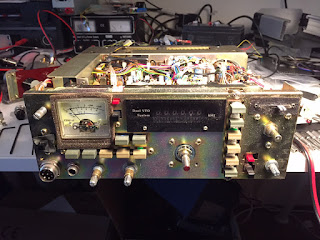 After 2 years a complete and 100% working IC-730.
Note that frontpannel and knobs are not placed yet.
Posted by Ton Rijnen - PA1PXL at 2:02 PM No comments: 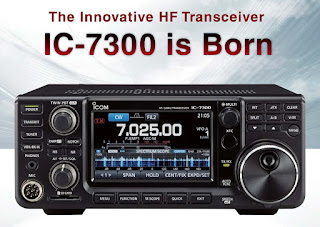 After unpacking and configure my IC-7300 it's time to share some first impressions.
Until now i'm very impressed with this new piece of equipment.
First qso's gave me very good audio reports while using the supplied hand mic.
Display is very sharp and the real time pan spectrum scope - waterfall is so nice to use.
One can configure the waterfall with customize bandwiths.
Noisefloor is very, very low. NDR is best i've ever heard. Filters are configurable.
It's a pleasure for my ears to listen to this radio.

Supplied is a basic user guide and an extended (almost 180 pages) book.
Owner can configure this radio as per personal choice. 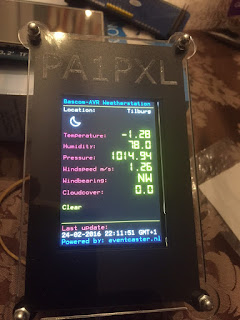 Sold my FT-897D and some other stuff to aquire a brand new IC-7300 which will be on the market by the end of this month.
Direct sampling SDR with 6 and 4 meter and automatic antenna tuner built in. 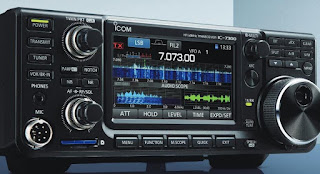 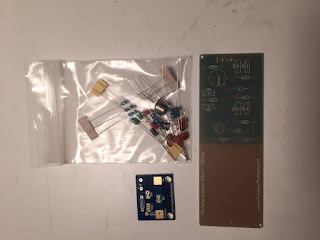 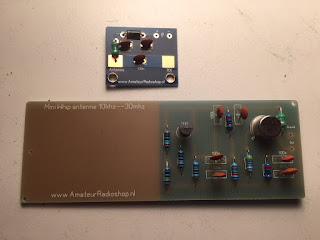 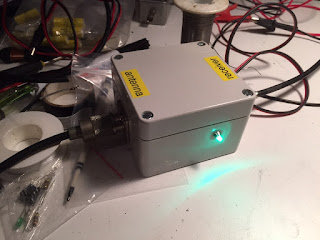 Testing the whip, works great. - Testen van de whip, werkt prima.
Active antenna pcb must build in an enclosure and mounted somewhere in garden. To avoid reception of man made noise put it as far as possible away from such mmn sources.